As I dust off the keyboard and stare at the cursor blinking in front of me, I quickly realize how long it’s been since I’ve put “pen to paper” so to speak. What started out as a weekly blog has turned into a bi-monthly. We shall see where it goes from here. My second novel in the LeFay Trilogy Series has taken the same hit (I’m so sorry all you loyal Morgan LeFay fans, I promise her story continues!)

You wouldn’t think that after being diagnosed at such a young age with one rare cancer (Glioblastoma) that someone would get hit with a second rare cancer (rarer in fact). But that’s exactly what’s happened to my husband. The glio was beat, for all intense and purposes. It had shrunk (which very rarely happens), then in no evidence; he was working, he was doing his therapy and treatment, cycling–living life again. I had been told by a few, “not to mention that he’s beat cancer, don’t say that.” As if it was a horrible thing to be positive. But in my mind and his, if we truly want/wanted to beat it, we have to will it into existence.

“Therefore I tell you, whatever you ask for in prayer, believe that you have received it, and it will be yours.” Bible verse, Mark 11:24.

The verse above I actually had printed in our wedding day programs almost 13 years ago. I have lived by those words. We both believe you have to visualize what you want and believe in your heart that you have received it. Walk in faith. Well–here I am at a crossroads and I am truly walking in faith. My husband’s glio decided to take a journey. It knew its days were numbered and somehow it found it’s way into his cerebral spinal fluid. They call it Leptomeningeal disease. It was caught early, but only because I continued taking him into the hospital last month because something seemed off. I pleaded with his treatment team to look further, but instead meds were thrown at the problem (for his persistent and continuous throwing up after having gone a year with no issues). Then we were told it’s in his head, he’s just anxious and that’s causing the vomiting. I finally took him to the hospital and begged for another MRI, even though one had just been done 2 weeks prior. They conceded, and behold, some swelling that wasn’t there before now was. That’s when a spinal tap was done and the rest is history. Well not quite. While some doctors are looking at this through a lens of “this is deadly”–like GBM wasn’t. We have a few doctors that are treating with Mind over Medicine and feel there is a chance. He is a fighter, and has proven that time and again. He WILL beat this, and more doctors in this country need to focus on patient-centered care, not protocol and textbook cases. He has hope and faith, as do I and will continue to hold onto that each and every day.

My husband is currently in the hospital. He has finished one treatment and starting another, then he will move into a rehab center to continue physical therapy. This migration of his cancer has caused mixed signals in the brain’s communication with the body, so he needs to relearn things right now. Each day though he shows just a bit more improvement than the day before.

As I was thinking about what to say to you all tonight, I was remembering a different time, just two short months ago.

Upon entering our kitchen, I caught my husband staring at me as if he was seeing me for the first time. A wide grin on his face, he looked straight through to my heart and grabbed my hand and started to dance. There was no music, we just danced, right there in our kitchen, in silence. When we finished, he looked at me and said, “You are the most beautiful woman, and I’m the luckiest man. I love you.” I fell in love with him all over again. I fall in love with him more each year that passes, and that’s such a special thing because we’ve been together 18 years! Anyway, the very next day, we cycled over 10 miles together. It was the perfect weekend.

Just six weeks later, an eerie silence hovers in the house as I walk around, alone, looking at all the things he’s touched. All the stuff he’s fixed; the bench in our backyard he built for us so we could have bonfires during the gorgeous fall seasons. The hardwood flooring we finished together, walls we painted listening to Huey Lewis and the News or Hall and Oats. And, the baby’s room that still sits empty as that dream sits on a shelf waiting to be realized.

My days are now filled with visits every day to the cancer center to be with him. He lights up every time I come in (and seeing that, seeing his soul in his eyes always tells me he’s going to be ok.) I cook some meals I bring in for him.  I go over all his current meds each time and make sure all his labs are heading in the right direction. I sit with him and talk with him and hold his hand. He smiles and kisses me. He kisses the back of my hand, and makes the “smooching” face so I’ll lean in and give him a kiss. It’s all so lovely, and yet, our conversations are limited right now. He gets confused. Then I’m forced to leave after just a few short hours because of the pandemic. I try to wait until he’s asleep so I don’t have to say goodbye. I come home, feed our dogs, smile and play with them, then sit in silence as I look around again and realize there’s a massive part of my soul somewhere else right now.

I long for the day my soul is whole again–and that day will come when he walks through that door, and dances with me again.

With grace, guidance, and gratitude, I move forward each day in faith. Until next time…… 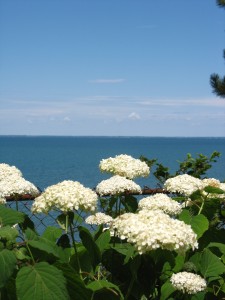