Why I Don’t Ask Why 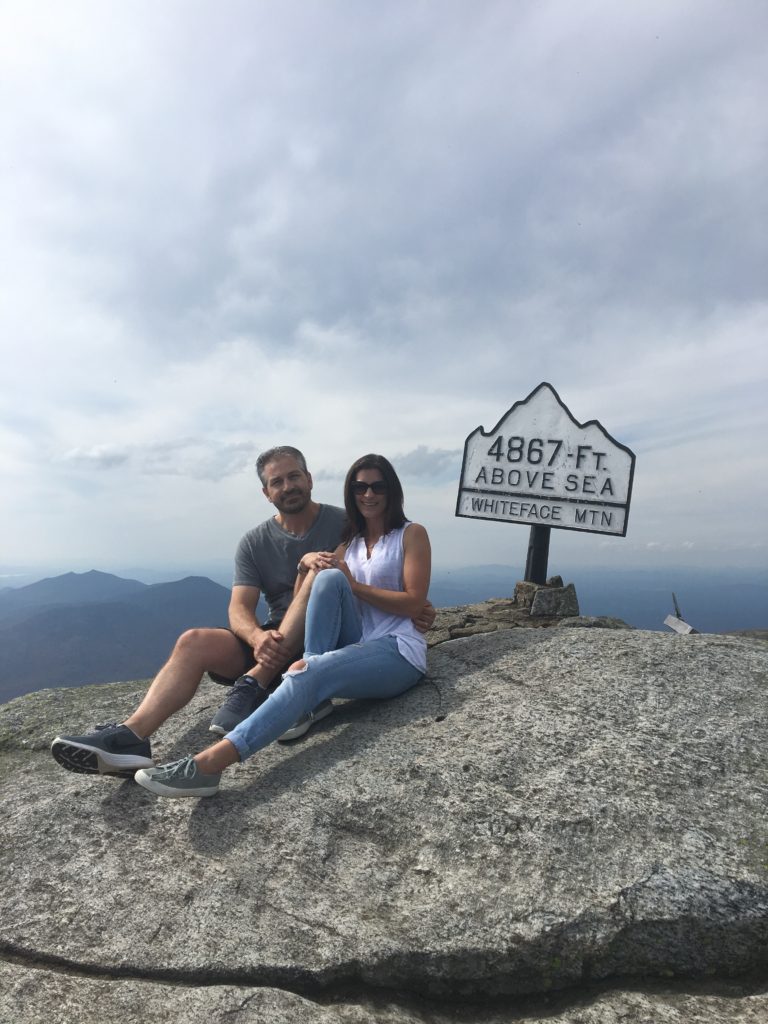 The 3 G’s–Grace, Guidance, Gratitude. I have clung to these fiercely over the past year.

When you are sitting in an emergency room and being told, “Well what your husband has is like Bo Biden or Senator McCain,” your heart literally drops to the floor. Basically the resident “in training” is tell you your husband won’t live. I shook uncontrollably that night. My whole body went into a convulsive state as he lie there unaware of what I had heard. Watching him get prepped for surgery was one of the hardest moments of my life (there would be many more to come). Because of the tumor, he didn’t fully understand exactly what was happening. I clasped his hand and prayed like we’ve never prayed before.

While he was in surgery, I looked to the sky and prayed–something I did a lot as a kid. I always had a connection to the stars, and felt that energy as if the Universe was sending its cosmic forces my way. It was in a split second of staring up at an overcast sky from the doldrums of a hospital waiting room that the clouds parted and the sun beamed in through the dirt covered window, shining brilliantly on my face, that I knew he was not only going to survive surgery but he was going to beat this cancer. It was in that moment that I decided, “I won’t ask why.”

Asking why doesn’t get you anywhere. It doesn’t erase the trauma or the circumstance of what you face. It doesn’t necessarily take the pain away, and it doesn’t give you an answer. What it does do is create stress, confusion, and anger. All of which I had no desire to feel. In that moment, the Universe was telling me, “Trust me, trust this process, and let go.” So I did just that. Instead of asking why; why of all cancers it had to be this crazy rare one that’s hard to treat. Why my husband at just 44 year’s of age. Why us just as we were preparing to become parents. I put all those questions to bed, and simply said, “We’ve got this. He’s going to beat this. God’s got this, and I believe.”

You know that movie Christmas on 34th Street where Natalie Wood is sitting in the back of “Uncle Fred’s” car as they take a mysterious way home at “Santa’s” direction, and she repeats over and over again, “I believe, I believe, it’s silly but I believe.” Well that was me. Maybe to the doctor’s it was silly. Maybe my telling our Neurologist, he WILL survive and beat this was silly. Maybe even thinking it would go away was silly–but I believed. I pictured exactly how the surgery would go. I envisioned exactly what the Neuro-Surgeon was going to say to us. And, I pictured my husband healing at a miraculous rate. I held onto that vision for hours, weeks, months, a year.

My husband was discharged from the hospital two days after brain surgery. His recovery went smoothly and they were able to get more of the tumor than they expected. In December 2019, we received unprecedented news. What was left of the tumor had shrunk dramatically. By February 2020, there was “no evidence” of a tumor and no new growth in his MRI. By April, there was no heat signature and no evidence. We’ve had 4 MRI’s all like this, and all his blood work looks amazing. The doctor and his nutritionist have said, “You’d never know he is in treatment by looking at this.” His body is telling us, “I’ve got this, believe in me.”

Three things had to happen for us to get on the path we are on now (but we are far from done).

First: I had to go into this diagnosis as positive as can be. I immediately told myself, the resident who gave me the initial information will not be part of our team, nor will I listen to that information at all. Meaning, my husband won’t die.

Second: I had to do my homework and assemble the best team possible. It meant advocating on his behalf and for his best possible care, it meant asking a lot of questions and saying no if I thought something else might be better. That included assembling both doctors and holistic practitioners; everyone had to be willing to work together. I needed people on my husband’s team that were open to both western and holistic medicines and therapies. It was also vital that the doctors subscribed to our positive thinking and adopted that thinking themselves when they met/meet with us. Part of this also means that my husband and I communicate on everything and talk through everything so that he is comfortable with decisions I might make on his behalf.

Third: I would not ask why, nor would my husband. We walk hand-in-hand in this knowing that ten, twenty years from now he will be here. We subscribe to this thinking and have not deterred from it one bit.

Now, in no way has this path been smooth sailing. We continue to hit bumps in the road. Each day we have to get up and ask God, the Universe, our guardian angels to help us and heal him. I let go every day in the hopes that our story is one of positivity carrying us through to remission and longevity. Do I cry, absolutely. Do I get scared, yes. Am I utterly exhausted, every damn day. But, we’ve already seen his progress and continued progression toward permanent remission, and my gut tells me…..he’s got this.

In my next post, I will talk about being a caregiver at a young age, and how self-care has changed since the pandemic hit.

Until then may grace, guidance, and gratitude fill your days and bring you peace at night.