Dr. Boockvar is Vice-Chair Department of Neurosurgery & Director Brain Tumor and Pituitary/Neuroendocrine Center at Lennox Hill Hospital/Northwell Health in New York City. He is also an Investigator for Laboratory for Brain Tumor Biology at the Feinstein Institutes for Medical Research. He is internationally known for his surgical expertise and for providing patients with safe, effective, and minimally invasive treatment for brain tumors, skull base disorders, and disorders of the spine. Dr. Boockvar has been recognized for his novel research in brain tumors and stem cell biology, and has been repeatedly named to the lists of New York Magazine’s Top Docs, Best Doctors in New York-Castle Connolly, New York Super Doctors (2020), America’s Top Surgeons, America’s Best Doctors, and America’s Best Doctors for Cancer. His research has been widely published and he has received numerous national awards including the Eric Lichtenstein Humanitarian Award from Voices Against Brain Cancer for his compassionate work in treating patients with brain cancer. Dr. Boockvar received a B.A from the University of Pennsylvania, and an M.D. from SUNY Brooklyn-Downstate Medical Center. His surgical internship and neurosurgical residency was completed at the Hospital of the University of Pennsylvania, and he did his NIH-supported post-doctoral research training in Neuro-oncology at the University of Pennsylvania Cancer Center. He is currently featured as one of four doctors in the 2020 hit docuseries “Lennox Hill”  Season 1 on Netflix.
Resources from Ep. 1:
Clinical Trial  Repeated Super-Selective Intraarterial Cerebral Infusion of Bevacizumab (Avastin) for Treatment of Newly Diagnosed GBM (https://clinicaltrials.gov/ct2/show/NCT01811498)
Articles: New York Post (9/20), 5ALA Imaging Dye, What is the Blood Brain Barrier? (article resource Brains for the Cure),
Book referenced in Ep. 1: Full Catastrophe Living

For more resources mentioned in this episode visit: brainsforthecure.org 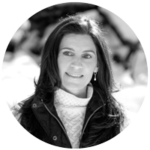